“’The Bears have granted me permission to seek a trade for Greg Olsen,’ Rosenhaus wrote. ‘Please let me know if interested. Sounds like the Bears will be very reasonable on the compensation in return for Greg.’”

“But 11 minutes later, Rosenhaus sent another mass email to the same recipients, including Angelo and Stein, asking them to ignore his previous message.

I can’t imagine what’s going on here.  But between the messed up trade with the Ravens during the draft and things like this, Bears management isn’t exactly inspiring confidence in their organizational skills.

“Never did I think the Minnesota Vikings would draft a quarterback No. 12 overall, declare him their Matt Ryan/Joe Flacco — i.e., an instant starter on a veteran team — and then acquire a veteran to start ahead of him just before training camp.”

“With the Seahawks pouncing in back-to-back days on former Vikings quarterback Tarvaris Jackson and former Vikings receiver Sidney Rice, it’s possible that the folks in Seattle have confused the latter with Jerry and the former with Joe Montana. Or Steve Young.

“The reality is that, during their mutual time in Minnesota, Jackson and Rice never really clicked, even with running back Adrian Peterson pulling a safety to the line of scrimmage on just about every play.”

Assuming he doesn’t take his foot off the gas after getting big money, Rice is a good receiver.  But Tarvaris Jackson is never going to be a consistent quarterback.  I would agree with Florio is that he’s a very leaky vessel to pour much hope in. 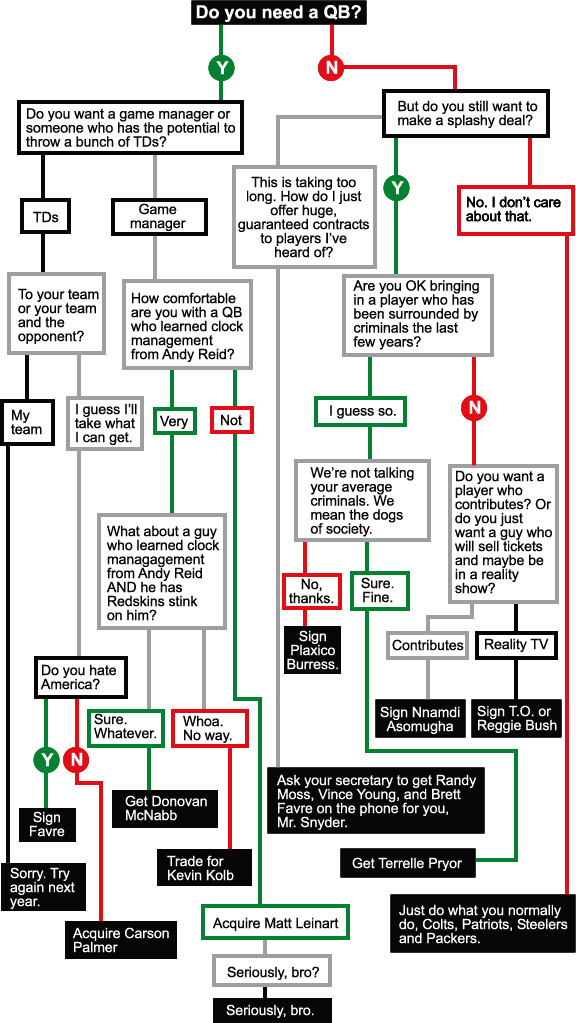