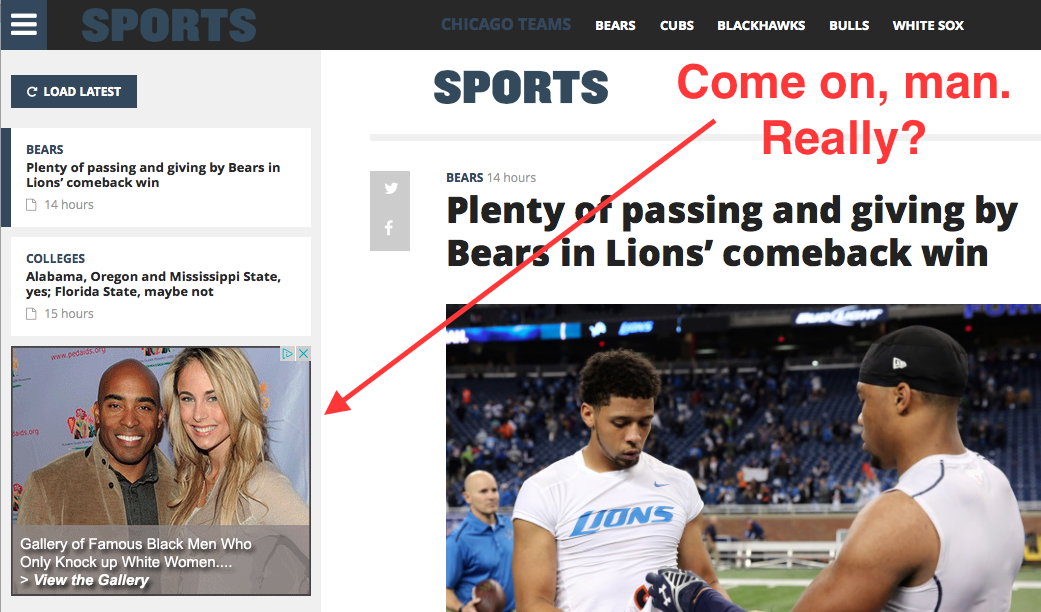 Morrissey argues that there’s something wrong with the world if the Bears get to 6-6:

“Whatever happens Thursday, this team is going nowhere. You can’t fix the defense this season. The offense has turned into a bunch of dump-off passes to running back Matt Forte. Either the Bears officially don’t trust Cutler anymore or Trestman has officially misplaced his imagination. “There are people who subscribe to Bill Parcells’ philosophy of being exactly what your record says you are. But if the Bears get to 6-6, their record will be a big, fat liar.”

I really don’t think Morrissey has anything to worry about. This game shows every sign of being a dumpster fire but I can’t see the Lions giving it away this year like they have in the past. Even then, they beat the Bears twice last year. Arkush elaborates further:

“You like common opponents? The Lions are 5-3 against the Panthers, Packers, Jets, Bills, Vikings, Falcons, Dolphins and Patriots, against whom the Bears are 3-6. They beat the Packers 24-7 while Green Bay has outscored the Bears 93- 31 in the Bears’ two losses.”

It won’t be 55-14. But one of two things is going to happen: either the Lions will blow them out or it will be a “defensive struggle” where neither team has the competence on offense to move the ball out their own side of the field. Either way this one promises to be another painful prime time crap-fest with the added element that this time you’ll be surrounded by relatives that you can’t look in the eye afterwards.

As embarrassing as it is to have the Packers put up 50 on you, there’s little doubt that the defense has been saving the season for this team. That, and the tendency of teams like the Buccaneers to hand them the game. The Bears are bad but they aren’t so bad that they’re going to ordinarily refuse gifts. That’s what this game was. A present of dumb penalties, turnovers and undisciplined play. Merry Christmas.

Overall the Vikings played better and with more discipline than the Bears, probably reflective of some good coaching. And maybe with Adrian Peterson in the lineup, things would have been different. But that aside I still think they have a long way to go before they are going to be able to consistently compete with the Packers, Lions and even the Bears.

Quarterback Jay Cutler basically acknowledges his limitations with this quote. Via Campbell:

“‘[The Bucs are]  going to keep the ball in front of them,’ Cutler said. ‘They’re going to zone you out — not a ton of man. They’re going to rely on that front four to get the pressure, bring some pressure from time to time. So we’re just going to have to control the ball, run the ball. We’re going to be throwing into zone coverages, so find your check downs and just try to keep the chains moving.'”

Heaven forbid you might use some of the standard cover-2 beaters that teams all over the league execute when they see this kind of coverage on a consistent basis. But Cutler, a “see-it-throw-it” quarterback, is far too limited to be able to pull off such plays. If you aren’t throwing a “go up and get it ball”, a hook where the receiver can use his body to shield the defender or a check down to a running back or a tightend, he’s out of his depth. So you are left hoping that you can run the ball against such a defense (which is hard to do if you are 21 points down in the first quarter) or you are out of luck.

I hate this match up from a schematic stand point. The Bears have struggled with two deep zones all season and I see little reason to believe that they will do better tomorrow. If this isn’t a game dominated by defense, the Bears may be in trouble.

Unfortunately, on the other side, with two good, tall receivers who will be difficult to cover one-on-one, a zone defense for the Bears is optimal. But the 2014 Bears aren’t generally fast enough or disciplined enough to play zone for most of a game and teams have been carving them up when they’ve done it since the preseason.

The only game left on the schedule after this one that the Bears might be favored to win is the last one against the Vikings – and that’s not a given with it being on the road. They need this one if for no other reason than to prevent the season from going further off the rails. But I really doubt they’re going to get it unless they show me something I haven’t seen yet in week 11.

Mike Mulligan at the Chicago Tribune gets credit for the best quote of the week:

“The team has been put together more as a fantasy football squad than a living, breathing entity. An assistant coach for a recent opponent called them the ‘biggest collection of front-runners in the NFL.'”

Couldn’t agree more. I’m sure the assistant coach had Jay Cutler particularly in mind when he said because he’s the classic example of someone who goes as the team goes, not the other way around. But it probably applies to a large part of the rest of them. Packers receiver Randall Cobb may have put it best:

“We knew that if we got up early on them, they may lay down on us.”

This team needs leadership and a large infusion of pride and guts in the worst way.

There’s absolutely nothing I could possible say here that wouldn’t be a waste of both your time and mine.

See you next week.

“Does anyone remember that Packers coach Mike McCarthy was 8-8, 13-3 and 6-10 in his first three seasons in Green Bay? Are we not completely jumping the gun on voicing our severe displeasure in this Bears team?– Todd Y., Melbourne, Australia, from email

“I’d agree there has been a rush to judge the Bears, coach Marc Trestman and GM Phil Emery after a half-season. That means half of the season remains and it is certainly worth seeing how this plays out. The team has been hit with some injuries, no question, but find me a team across the league that isn’t in the same position.

“I don’t know if a comparison to McCarthy is appropriate here. For starters, the Bears are not going to reach 13 wins this season. The six-win season for McCarthy, the worst season he’s had, came when Aaron Rodgers was in his first season as the starter and Green Bay was hit with a slew of significant injuries.”

Aaron Rogers aside, the Bears are considerably more talented than Green Bay is or ever was under McCarthy. I wasn’t as high on the Bears this year as most fans but even I wouldn’t hesitate to say that they are under-achieving. I’m not sure that McCarthy’s teams did.

Having said that, we can hope that the Bears will have a better second half. Hell, what else can we do? 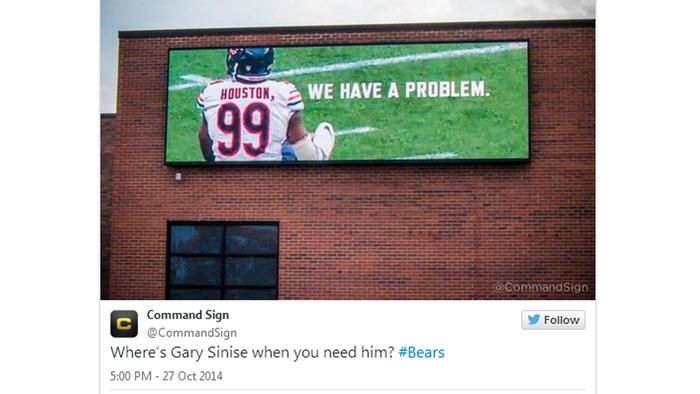