Time for head coach Lovie Smith to pulls Drake aside and tell him to keep it all in the locker room. Heaven forbid someone should give the fans any information, especially when its something critical of Cutler.

“Does Jay Cutler make most of his passes off of his back foot? And if so, is it due mainly to pressure from the defense, or is it his throwing mechanics? Rex Grossman took a lot of grief as a Bear for passing off the back foot. Looks like Cutler also passes off the back foot, but he can still throw hard and get the ball where he wants it to be. Would Cutler’s passing improve if he threw more off the front foot? — Robert, Homewood

“A lot of times Cutler throws off his back foot because of pressure. Sometimes he does it because of poor form. I have talked with Bears quarterbacks coach Jeremy Bates about this, and he does not think it’s a problem. In fact, he thinks Cutler’s ability to throw from different angles and body positions is one of his strengths. Certainly, Cutler gets amazing velocity on passes sometimes when he is throwing with nothing but arm. So while this is a plus for Cutler, I also think he could be more accurate if he threw with more consistent technique.”

I would, of course, agree with this. But like a lot of things with Cutler, you take what you get and yo live with it. Its evident that he’s never going to have great mechanics in the same way its evident that he’ll ever be able to throw with anticipation. He’s not the most coachable quarterback. I’m sure that mentally he learns fast and well. But its now evident that physically you live with what you’ve got.

“With Chris Conte and Major Wright showing improvement this season, what are the chances of Brandon Hardin being moved back to his natural CB position? With Charles Tillman aging and Tim Jennings being undersized and fragile, the Bears could use a big corner. Or is he too slow to play CB at this level? — George Mckeown, Phoenix

“Speed is not the issue. If Hardin lined up at cornerback for the Bears, he might be the fastest player at the position. He ran a 4.43 40-yard-dash pre-draft. I think the issue would be whether or not he is athletic enough to play cornerback. Hardin might be too stiff to be able to flip his hips, run and change directions with quicker wide receivers. Some even wonder if he might be too stiff to excel at the safety position. But just because the Bears have two promising safeties does not mean they could not use another. You know how this team goes through safeties historically. If Hardin can play, he’ll get his chances at the safety position.”

“I think teams make a mistake when they lock into hiring one specific kind of coach. You have to be open-minded when you enter a hiring process. The objective is to find the best man who can lead an entire organization, not the best offensive mind. The NFL has seen a lot of offensive wizards come down the pike who have made terrible head coaches. Just being able to run an offense well does not quality a coach to run a whole team. That being said, I think it’s always preferable to hire a head coach with an offensive background, if all things are equal. The reason is it’s difficult to find good offensive coordinators, and if you can find one and he does a good job, he’ll probably leave to be a head coach before long.”

Point well taken. But if you are going to hire a defensive head coach you’d better be absolutely sure he can consistently attract and hire good offensive coordinators who can coach quarterbacks. Because you’ll get nowhere without them.

The more I think about it, the more I think the Packers Tom Clements may be the man for the job. I like the idea of hiring Bruce Arians, who was Peyton Manning‘s first quarterback coach, from Indianapolis as well. Both men would fit the bill.

“With a skilled quarterback, the Cardinals could be a legitimate team in an improving NFC West. They’re sunk until they get that guy, and rookie sixth-round pick Ryan Lindley really doesn’t give them a chance. Lindley is completing only 51.1 percent of his passes. With a mixed look of zone coverages, the Bears should be able to come away with multiple takeaways. Unfortunately for the Cardinals and the other quarterback-poor franchises, this draft doesn’t offer much in the way of hope.”

“Winners of their first four games, the Cardinals dropped nine in a row before awakening from their slumber Sunday with a 38-10 thumping of the wildly underachieving Lions.

“But one positive for the Cardinals has been their secondary, particularly cornerback Patrick Peterson.

“The Cardinals’ pass defense has limited opposing quarterbacks to a combined passer rating of 68.0 this season, the lowest in the NFL.”

“Q. You interviewed about 20 coaches, many of whom have won the Super Bowl. What is a common trait?

“A. They are all extremely competitive and some of them are ultra-paranoid about being outworked by the coach they are facing on Sunday. Andy Reid sleeps in his office most nights during the season. He goes to bed at 1 a.m. and starts his day at 4:30 a.m. Even with all the money the coaches make and the fame that comes with holding one of these 32 prestigious positions, they make this job much harder than it needs to be.”

“Browns: whatever is left in the fridge in Mike Holmgren‘s old office” 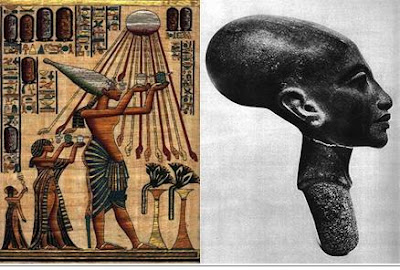 This video is from 2009 but the Bengals still aren’t getting the snap count right. I blame Mike Tice. Happy holidays, everyone: