All of the NFC North bloggers at ESPN agree that the best team in the division is still Green Bay but the reasons vary. None of them points to what I think are the most potent mix in football – the presence of quarterback Aaron Rogers combined with the best coaching staff in the league outside of New England.

Most of them agree that the Lions are the team to watch if anyone is to overtake the Packers for the division. I’m going to disagree.

This is primarily a Bears blog so let’s just get this out of the way:  The rebuilding Bears aren’t worth mentioning on this point.

Rich Campbell at the Chicago Tribune examines the importance of Rogers:

“McCarthy also endured losing Rodgers to a broken collarbone in 2013, resulting in an 0-for-November skid that nearly sent the Packers tumbling over the playoff cliff before Rodgers returned and saved the season. It was a jarring reminder that when the quarterback falters, a trap door can open beneath even the most accomplished teams.”

“‘Aaron … gives us the ability to be very aggressive in what we do (offensively), and it’s a lot of fun from that perspective,’ McCarthy said last month.

“Fun for the quarterback-haves sure, but misery for the have-nots.” 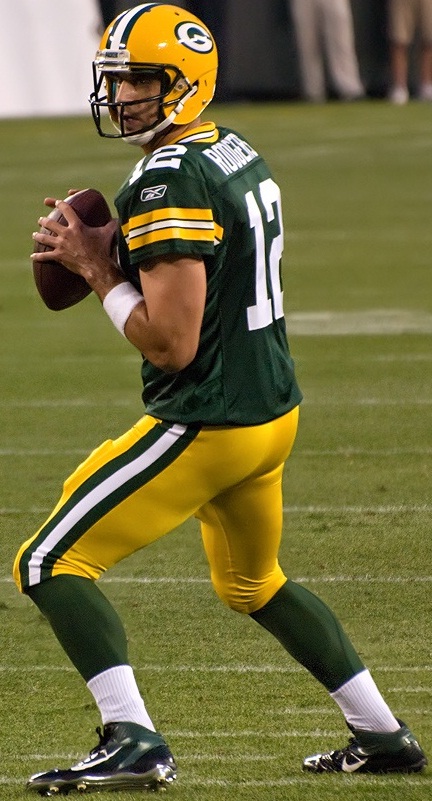 Never doubt the importance of Rogers (above) to the Packers or that he’s the best quarterback in the game with the possible exception of Tom Brady in New England.  And never doubt that he’s a key to elevating the performance of the team.  As 2013 showed, they’re below average without him.

The same goes for an outstanding coaching staff on both sides of the ball.  The environment is one where players know how to do their jobs and they expect to win when they do.  With the exception of occasional tacking issues and bouts of dropped passes they’re usually one of the most fundamentally sound teams in the league.

Moving on, the Lions lost the primary reason their defense has been dominant over the past few years (Ndamukong Suh) and they haven’t gotten better anywhere else.  As Michael Rothstein at ESPN reviews the Lions roster, I see what many might consider a surprising number of places they need to get better including running back, wide receiver, offensive tackle, offensive guard, defensive end, and cornerback.

I mildly disagree with Kyle Meinke at mlive.com when he touts the Lions success in free agency by pointing to their defensive line and their defensive backfield. And yet they are still their top two needs in this year’s draft.

In fairness to Meinke, he isn’t exactly claiming that signings like Rashean Mathis are all-stars. And I’m not saying that the Lions understated approach to free agency is the wrong one to take. Indeed, I think this is the way to do it:

“‘Here’s what I do know: I do know you don’t win any games this time of the year,’ [Lions head coach Jim] Caldwell said recently. ‘At Indy, we lost every year in the offseason. We didn’t lose too many games during the season, because we didn’t believe in necessarily going (all out) in free agency. We’d pick our spots, and build our team through the draft.

“‘That’s what we do — we basically build our team through the draft. Nevertheless, there are some opportunities out there — like Golden Tate — to go out and make a difference for us.'”

As Meinke points out, the Lions have not drafted consistently well in recent years.   The odds are good that, four years later, two failed drafts in a row (2010 and 2011) from which the Lions have no players left on their roster are going to catch up with this franchise.  No surprise that Sharon Katz at ESPN categorizes the Lions statistically as the NFL’s worst drafting team.

Marc Sessler highlights the up and down nature of the Lions history:

“We’re not calling for the Lions to tumble off a cliff — not with Matthew Stafford throwing to Calvin Johnson and Golden Tate — but in the past four seasons with Stafford under center, Detroit has won 10, four, seven and 11 games. They’ll pivot back to earth in 2015, leaving the door open for another conference heavy to nab a wild-card spot.”

With the departure of Suh, they may be about to find out how mediocre the talent on that roster really is.  With the magic focus that come with having a new head coach also wearing off, I can’t imagine that they’re not in for a fall.

The Vikings, on the other hand, are a team to keep an eye on this year.  Sessler details some reasons why:

“On the heels of Teddy Bridgewater‘s mostly promising rookie campaign, the team upgraded at wideout by trading for the fleet-footed Mike Wallace while saving $5 million in cap space by dumping Greg Jennings. Wallace gives the Vikings a bona fide No. 1 target to pair with the promising Charles Johnson. If Cordarelle Patterson can shake off last year’s disappointing campaign and Kyle Rudolph can stay healthy, Norv Turner’s air attack will soar. That said, the O-line needs help.

Cornerback is a chronic problem in Minnesota and Newman should help opposite Xavier Rhodes.  Wallace wasn’t used correctly in Miami and could be a significant upgrade over Jennings in my opinion.  Add in the potential return of running back Adrian Peterson and you’ve got a balanced offense and a serious problem when playing Minnesota.

But I like the Vikings even without Peterson.  Why?  I love Bridgewater.  More than any Bears fan has a right to do.  I think he’s still under-rated and is going to turn out to be a top five quarterback in the NFL.  I also love the coaching staff in Minnesota, most importantly offensive coordinator Norv Turner who I think knows how to use the talent that’s given to him.  And I think there’s plenty of talent there to take advantage of.  Chris Mortensen at ESPN apparently agrees in this interview as he repeatedly emphasizes the ability of head coach Mike Zimmer to develop young talent and how lucky Bridgewater was to land in the right place with Turner (below). 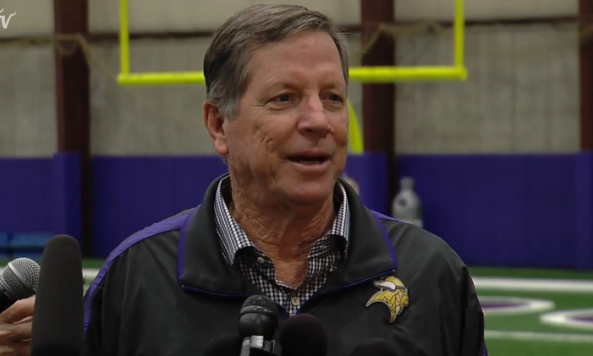 Former Bears tight end Desmond Clark once said that the talent around the NFL on a team by team basis is largely the same.  That leaves quarterbacks and coaches to make the difference.  Those are the two things that can turn average players into good players and good players into great ones.  The only team in the division that has the quarterback and the coaching staff to compete with the Packers is the Vikings. They’re the team to keep an eye on this year.