I am not, by my nature, a positive person, at least when it comes to football. I don’t look at the world through navy and orange glasses. I don’t poke out my eyes and shutdown my brain to blind myself to and defend the team despite obvious problems because doing so is the only way to be a “real fan”.

And I absolutely, positively, under no circumstances, get excited about performances in the preseason.

But I admit it. I am happy today.

Despite the circumstances, I was impressed by I saw from Bears rookie quarterback Mitch Trubisky last night. The guy looked like he belonged and that means so far so good for a team that is desperate to see Trubisky or Mike Glennon, somebody, anybody, succeed as a franchise quarterback.

Yes, it was the preseason. Yes, the team under Trubisky was playing against Denver’s second and third stringers and, even if it was the first stringers, all-world defensive end Von Miller sat out. And, yes, the defenses were more vanilla than what the the Bears will see once the real bullets start flying.

All of these are things very good professional quarterbacks can do independent of the level of competition.

I can’t blame Glennon for the look on his face immediately after Trubisky’s first touch down to basically end the first half. 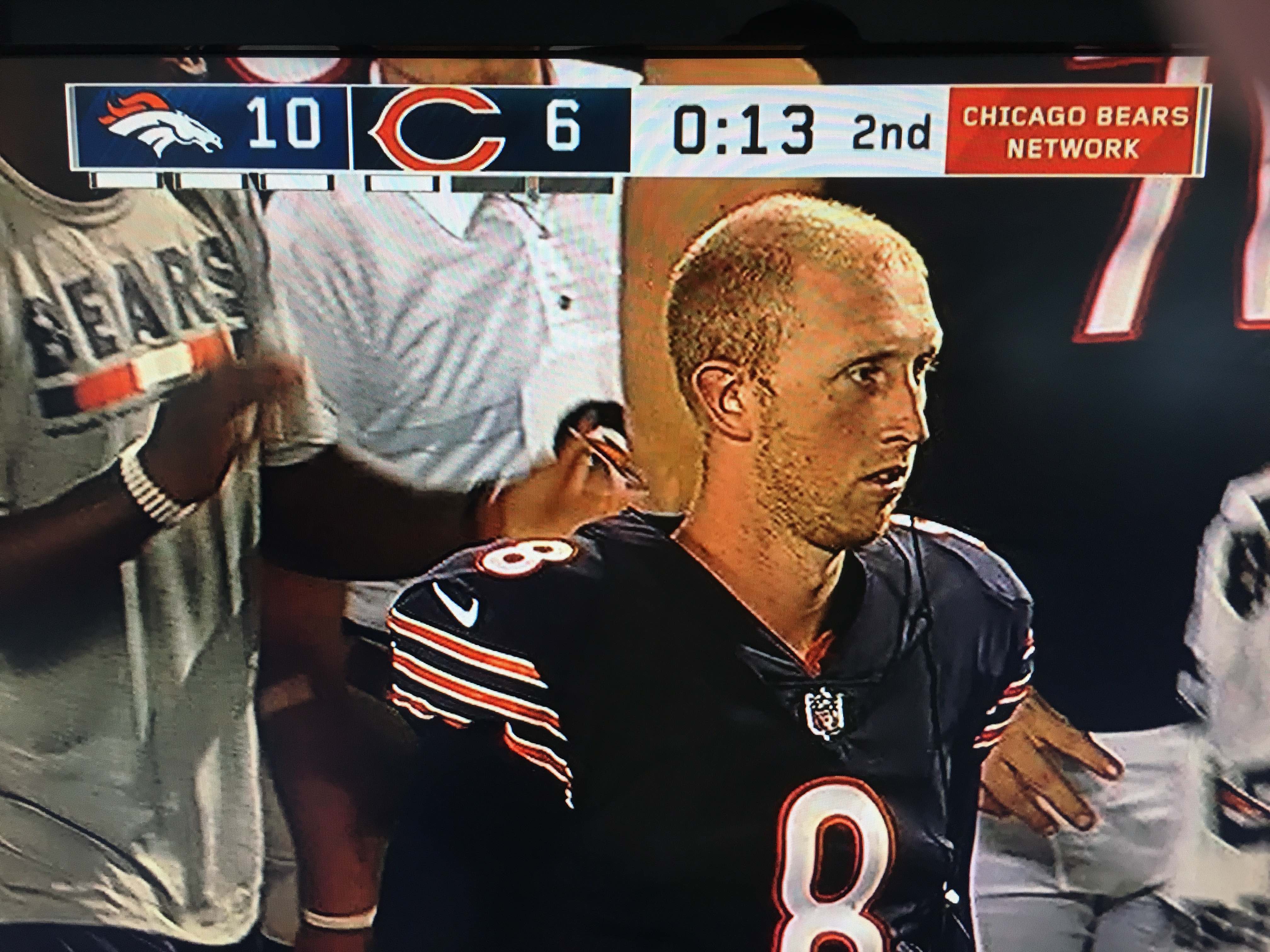 I’m sure he was anticipating what the media reports in Chicago would be like this week. I would warn Bears fans to not get too high or too low after one preseason game.

But, for once, I’m even having to remind myself of this basic rule. Because, against my nature and my better judgement, I’m very encouraged by what I saw from Mitch Trubisky.