“As I look at the Bears’ schedule, I see two tough games: San Francisco and New England. Do you see any others and do you think the Bears will win the division and the Super Bowl? – LaVonte R., Chicago, from email

“I imagine you’ve stopped by after reading Steve Rosenbloom, huh? The Bears defeated the Packers in Marc Trestman’s first game as head coach in the rivalry. But Green Bay has won seven of the last eight meetings between the teams. Those two games would strike me as “tough.” There are some other challenging points on the schedule. The Bears should be a contender in the NFC but we’ve been saying that every spring for how long now? To get to the Super Bowl, they’ll have to find a way past some very talented teams in the NFC West in the Seahawks and 49ers.”

“General manager Phil Emery chose to stay out of the high-stakes safety market in free agency as Jairus Byrd and T.J. Ward got big paydays. With bigger holes up front, the Bears wrote contracts with $34.35 million guaranteed to defensive ends Jared Allen, Lamarr Houston and Willie Young. If the front is dramatically improved, there will be less pressure on the back end.

I’m probably one of the few people in Chicago that likes what the Bears did at the safety position.  For one thing, like the Bears, I haven’t completely given up on Chris Conte.  Ryan Mundy was a good, young pickup and, with Brock Vereen already running with the starters in mini-camp, I believe the Bears have laid a foundation for the future.  And they did it without breaking the bank.

“My question is in regards to tickets to home games.  I am planning on attending the Nov. 16 game against the Vikings. I’m struggling to decide what to do about game tickets. My airline is already reserved! I am bringing my 70-year-old aunt and grandstand seats do not seem feasible. What are the odds of snagging tickets through Ticketmaster when they go on sale? Any buzz yet when they will be available? – Tawnya C., Carson City, Nev.

“The Bears put single-game tickets on sale July 18 last summer and tickets went on sale on July 13 in 2012. Barring a change in plans, I’d expect the club to maintain a similar timeline this year. Generally, an announcement is made several days before the ticket window opens. My guess is tickets will be sold relatively quickly. Good luck.”

“The pendulum always swings far with coaching changes, and this one was a textbook example. [Former head coach, Jim] Schwartz, at least from a perception standpoint, is fiery and uber aggressive. [Current head coach, Jim] Caldwell, from a perception standpoint, is calm and restrained. A disciple of Tony Dungy, Caldwell is not likely to get in any handshake smackdowns. He won’t tell fans where to stick it when he’s walking off the field. And he probably won’t spike many headsets. His steady leadership could bring out the best in a group that has been prone to crossing lines that should not have been crossed.

The Lions are talented and they’ve gotten better in the offseason. If they are actually more disciplined than they have been in the recent past they are going to be a handful.

“Is there any chance the Bears play Jon Bostic in the nickel but start D.J. Williams and Shea McClellin in the base package? — @pmthompson9 from Twitter

“The only thing that will not change is Lance Briggs is going to be the starter on the weak side. Everything else is up in the air right now. From what I’ve seen through OTAs, they’re trying different combinations and allowing Bostic and McClellin to get time in the middle and on the strong side. I’ve maintained all along Williams is the man to beat out in the middle but this competition reaches the next level when training camp opens.”

This is all technically true.  But my impression is that McClellin is more likely to play in special situations than as a regular in the base defense.  This was backed up by defensive coordinator Mel Tucker’s statement in Wednesday’s press conference where he said that he saw McClellin as “more of a blitzer than a four down rusher.”  It’s at the 5:00 mark. 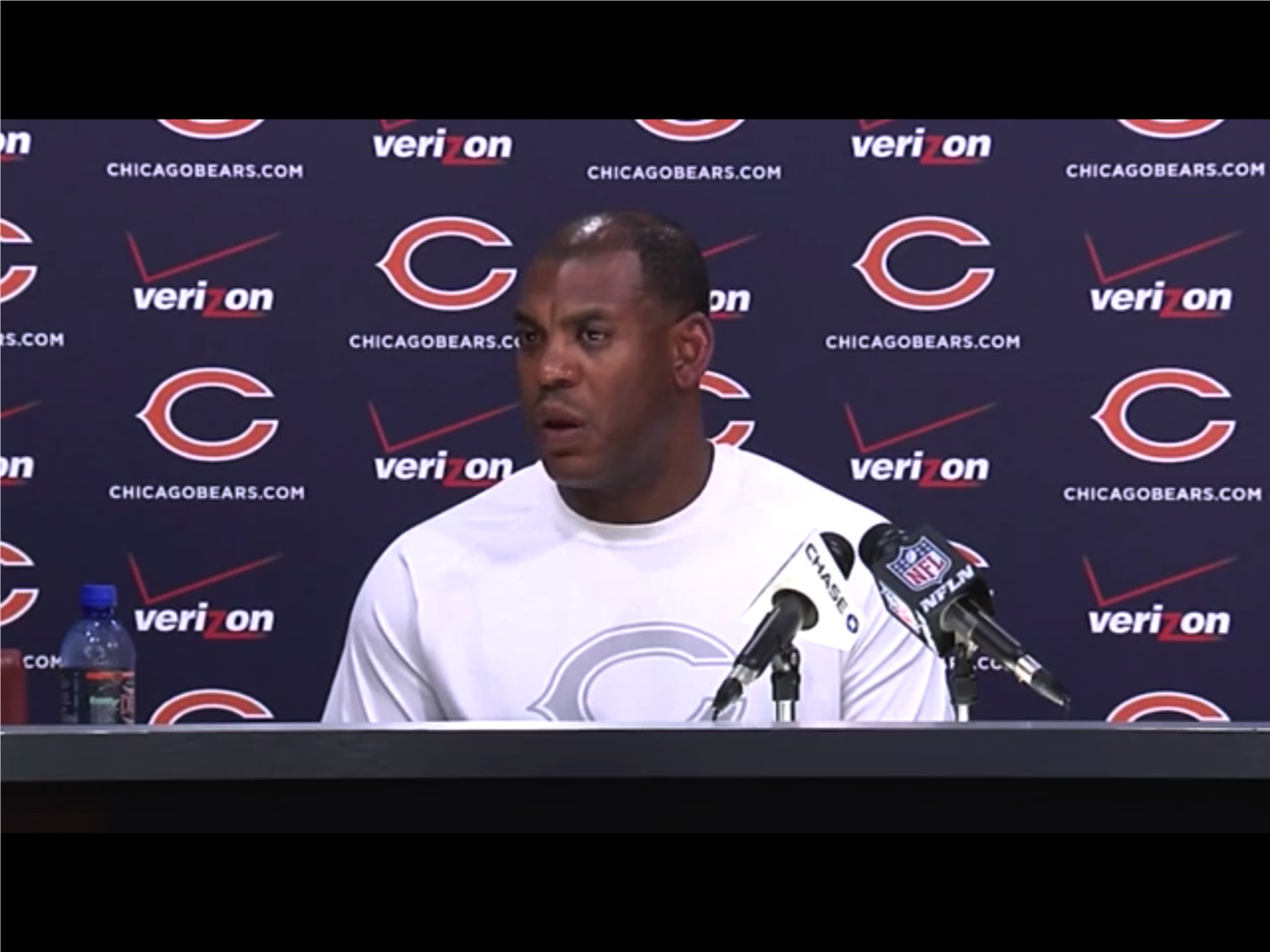