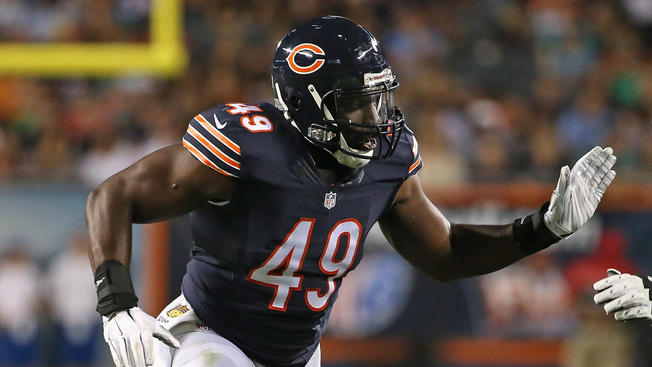 As suggested here as a possibility when he was released, Sam Acho has been resigned by the Bears. Apparently his release was only temporary to get an extra healthy body on to the roster. Lamin Barrow apparently will remain, however, as the Bears have chosen to put Cornelius Washington on injured reserve instead of putting Barrow back onto the practice squad.

Based upon what I saw in the preseason, Acho appears to be a potential playmaker. The Bears desperately need more of those on defense right now (Who doesn’t?).