Brad Biggs at the Chicago Tribune answers another question:

“Why didn’t the Bears claim James Jones off waivers before the Packers grabbed him?… Seem[s] Jones was much better than what the Bears had on their roster. — Greg M., Hayward, Wis.

“Jones was a vested veteran when the New York Giants terminated his contract and that made him a free agent, eligible to sign with any team he wanted. I am guessing GM Jerry Reese and coach Tom Coughlin regret that decision right now. New York released wide receiver Preston Parker earlier this week after five drops in two games. But this was not a situation where the Bears could have placed a claim for Jones. Even if the Bears were interested in Jones, why would he sign with them when he could return to a team and offense he knows to play with arguably the best quarterback in the NFL in Aaron Rodgers?”

Exactly. And it worth asking one further question – “How good would Jones (left) be without Rogers?”

Two teams couldn’t find room for Rogers on their roster – the Oakland Raiders and the New York Giants. Two quarterbacks, one an up and comer in Derek Carr and the other a veteran Super Bowl quarterback in Eli Manning, couldn’t find a way to get Jones the ball. What hope would he have had with Bears quarterback Jay Cutler?

The guess here is that only Rogers could have possibly made Jones as good as he’s been early in the season and its a graphic demonstration of how important he is to that team. How many of their receivers could succeed elsewhere? My guess is that the answer might be “not many”. I haven’t seen one yet who left in the Rogers era and made it anywhere else.

“How much different will the offensive scheme look with Jimmy Clausen? I expect a run heavy offense. — @naterbachhh

“The offense has been pretty balanced under coordinator Adam Gase to this point and I would expect it to remain that way with Clausen at quarterback. No question the overriding goal is going to be to get in manageable down and distance situations. That’s how teams best remain balanced because if you’re facing a lot of third-and-long situations, it limits the play-calling options. But the Seahawks this Sunday and the Raiders the following week are surely going to be keying on running back Matt Forte and looking to challenge Clausen.

I think there will be one big difference in the offense that we’ll all notice – less of the read option. This was a tool that Gase was just starting to pull out of his hat when quarterback Jay Cutler went down against the Cardinals. Cutler’s very mobile and with Alshon Jeffery injured, adding the read option to help compensate for the loss was a stroke of brilliance. Unfortunately, Clausen hasn’t shown Cutler’s athleticism and I’d be surprised if we saw much of it with him behind center.

Clausen could surprise some people with this effort but he’s got a tough road to hoe against one of the best defenses in the NFL. 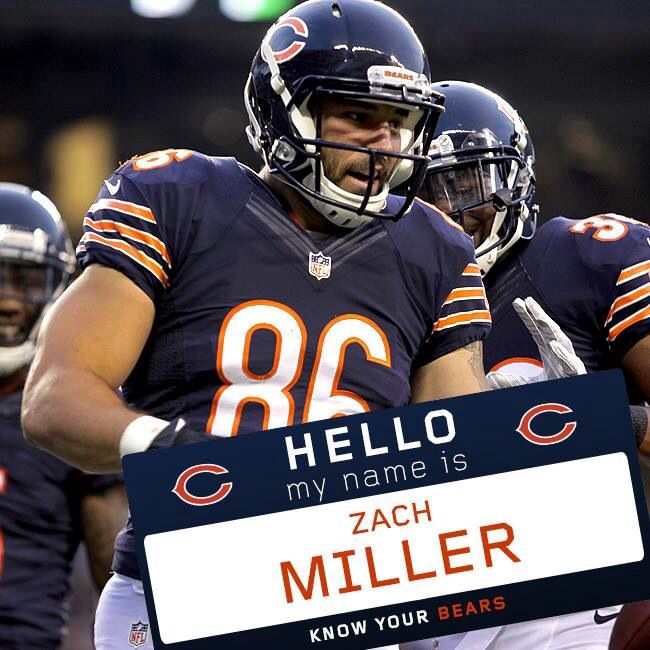 One thing that I think we’ll see from Clausen that we never see from Cutler is the ability to throw with anticipation to a receiver.  This should help Clausen dissect the cover three zone that the Seahawks favor.

One thing I think we will continue to see is a lot of double tight end sets. With little else to show in the passing game, Martellus Bennett is your best option. The underrated but oft injured Zack Miller (left) is a nice alternative option.

Troy Renck at The Denver Post answers your questions:

“If we don’t re-sign Brock Osweiler by the end of the season, what do you think happens? Go with Trevor Siemian or draft high again?

“Brooks: As we sit here today, I expect them to make a strong effort to keep Brock Osweiler. He made strides in the spring and preseason. Any real evaluation will have to wait until a real game, but his progress was encouraging. There’s no denying how highly this coaching staff thinks of Trevor Siemian. I do think it would impact their search for a quarterback if Osweiler were to leave via free agency. They would still look to add depth, but I doubt they would use a high draft pick for the position.” 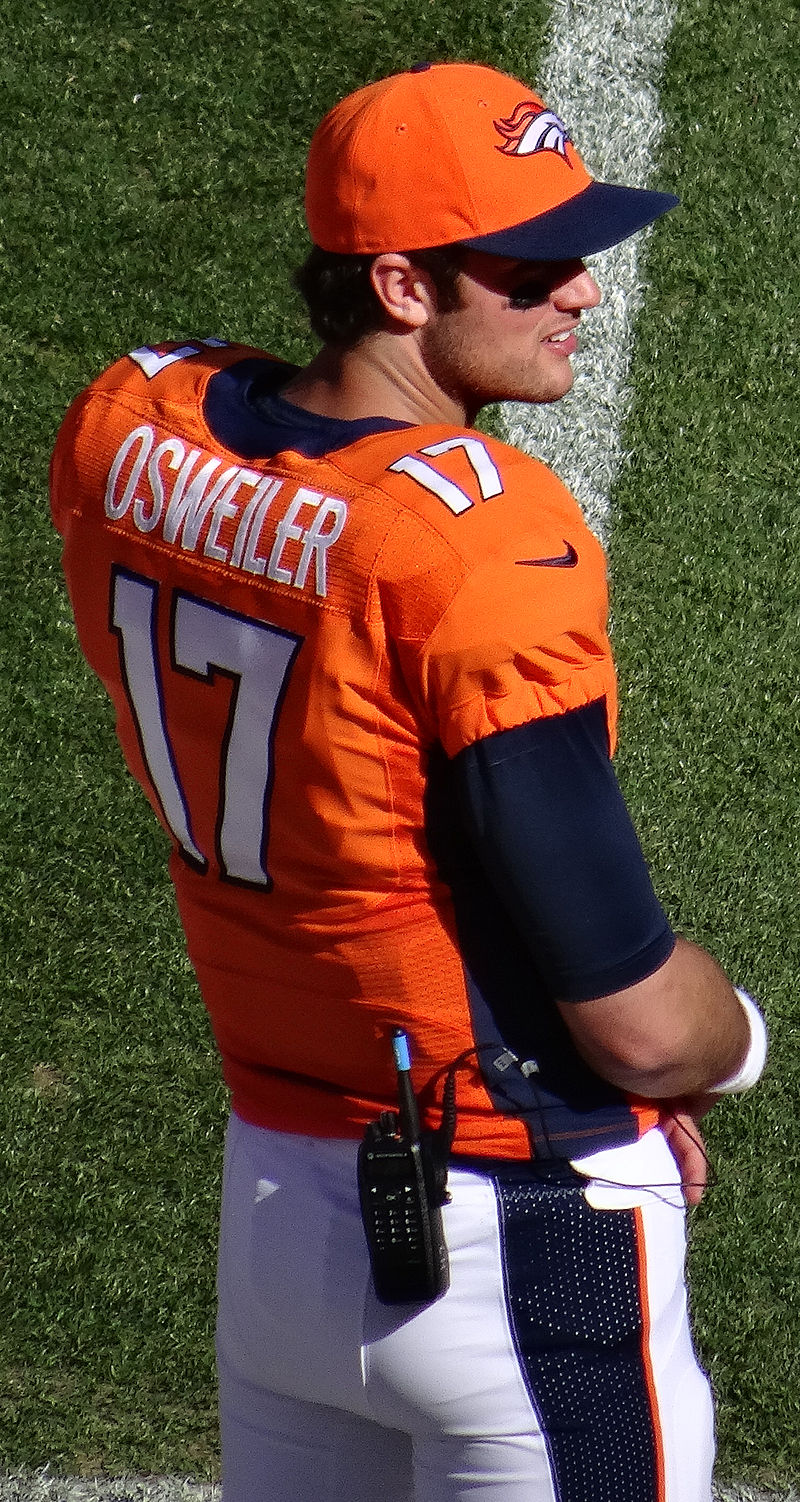 The Broncos might make a strong effort to keep Osweiler but I can’t imagine he’d sign anywhere, including Denver, unless they guaranteed that he’d be the starter. That’s possible with current starter Peyton Manning showing his age.  But its also possible that if Manning recovers to have a good year, as many think the veteran will, that they’ll wish to stick with him and put their future in to Siemian’s hands.

Osweiler’s likely to be a hot name after the season amongst teams that are desperate for quarterbacks. He’s unproven but if you can’t draft early enough to get a highly touted prospect, you may roll the dice.

We hear all the time when talk of replacing quarterback Jay Cutler comes up – “Who are you going to replace him with?”  There can be little doubt that the Chicago Bears would guarantee him the starting position if the chose to pursue him.  Osweiler has obviously worked closely with both head coach John Fox and offensive coordinator Adam Gase. They would know as well as anyone what his potential is. The Bears will in all likelihood have plenty of cap room even after they sign the few of their own free agents that they’d like to keep.

Bottom line, Osweiler would be a strong candidate to come to the Bears should he hit the free agent market. 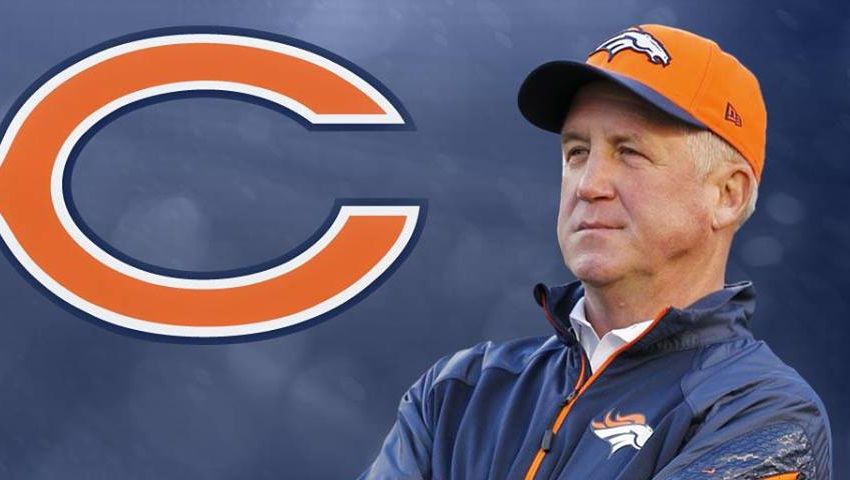 “‘It’s something we all have to deal with. You have to tell yourself to zero in. And it’s not easy.'”

The Bears are dealing with the unenviable task of keeping their spirits up in the face of a poor start with what I’m sure they realize is a team with a limited upside. Getting them to the point where they can do that is the job of the head coach. And I consider what’s happening here to be the sign of a veteran on the job dealing with the problem.

One thing that you notice after a while as an alert fan is that when players make statements like this, it’s usually more or less because that’s the message that they’re getting from coaches. Most coaches know that you tell teams in this situation not to panic and that they’re “starting fresh this week”. But what’s happening here goes beyond that because head coach John Fox is giving the players something else to focus on in place of the situation that the team finds itself in. Namely, themselves. Fox is telling the team to focus on what they can control – if you focus on yourself and do your own job better and if everyone else does the same, the wins will take care of themselves.

That’s an amazingly simple message but it’s one I can’t imagine some other head coaches the Bears have had sending in the same way – I’m looking at you, Marc Trestman. This may be a team with limited talent but more and more I’m convinced that this coaching staff is exactly what the Bears need to build a future around.