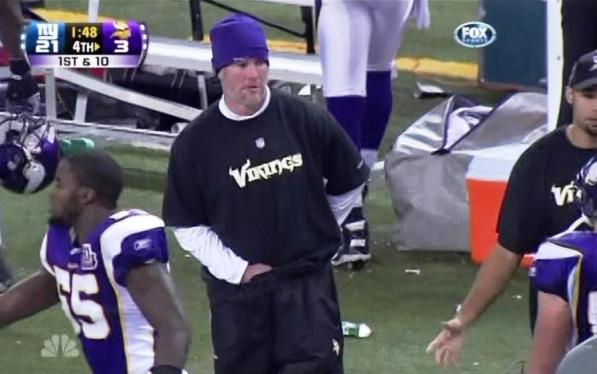 “I don’t know who called it. I did my job. What was it, third-and-15? That was big. I think that was the changing point in the game right there. We had opportunities. We didn’t capitalize.”

You can almost hear the frustration in Taylor’s voice as he can’t catch a break in what has turned out to be a rough second half of the season for him.  Smith says that he made the decision to call the time out.

“Was Martz trying to hide something for the playoffs? That doesn’t mesh with the explanations given that the Bears played to win the game Sunday. They didn’t use the formula they had been winning with and if they get out of whack in the playoffs, this has proved to be a recipe for disaster.”

I’ve heard the theory put forth that this game was more about testing the offense to see what they can do by Martz than it was about calling plays to otherwise win the game.  Like Biggs, I’m not sure I buy it.

“Bears quarterback Jay Cutler has struggled throwing to the left side of the field all season. According to ESPN Stats & Information, Cutler finished the year ranked 27th among NFL quarterbacks in passes thrown outside of the left hashmark. Sunday, he completed six of 14 passes and threw both of his interceptions in that direction. I don’t know if it’s a mechanical issue, a matter of the Bears’ scheme or if it’s just happenstance. But it’s worth monitoring.”

“It’s unfortunate. You see them spending too much time talking about conditions rather than just playing the game.”

“No one seems to be talking about it of late, but the Bears won the Jay Cutler trade with Denver. Cutler didn’t do much against the Packers in Week 17, but he has played very well of late. … All that being said, Kyle Orton had a fine season, but no way does he lead the Bears to the No. 2 seed in the NFC this season. This is exactly what Chicago envisioned when it made the blockbuster deal for its franchise quarterback.”

“We believe what we have right now as an organization has worked,” [team owner] Zygi Wilf said, per Tom Pelissero of 1500ESPN.com.

“Well, if it really was working, [Brad] Childress would still be the head coach.”

The always thoughtful Matt Forte gives his perspective on the Bears’ season to Jim Rome: