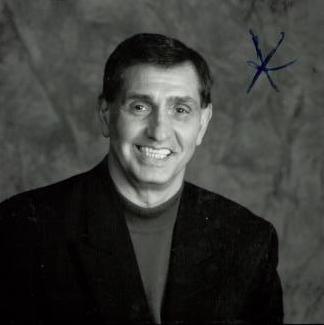 Fred Mitchell and Peter Nickeas at the Chicago Tribune report on the passing of former Bears linebacker Doug Buffone:

“‘It seemed to me he was lucky that he never had any serious injuries while he played with me,’ Dick Butkus said. ‘He had like bird legs but a developed upper body. He was just a good guy and we had a lot of fun.'”

“‘Not only a great football player, a great person on the radio but more than anything, just a great individual,’ [WSCR operations director Mitch] Rosen said. ‘Somebody that everybody loved. When you met Doug Buffone you fell in love with him, and that’s how we feel.'”

Many will tell you that they remember Buffone best for his play with the Bears or for his frequent rants on the Bears postgame show after a Bears loss. But I’ll always remember him best during his Saturday afternoon shifts when he was regularly hosting on WSCR. Buffone had a way of instantly connecting to listeners. He talked into a microphone but it was just like sitting across the table from him with a drink in your hand. You couldn’t listen five minutes without liking him.

I can only give Buffone the highest praise I can give anybody I didn’t know personally. I never met the man but I sure will miss him.

Former US Secretary of State Colin Powell once said, “There are no secrets to success. It is the result of preparation, hard work, and learning from failure.” The guess here is that few people know that better than football coaches.

Dave Birkett at the Detroit Free Press quotes Sean Payton as he discusses having play calling duties pulled from him in his first year as an offensive coordinator under Jim Fassel with the New York Giants:

“Payton had been a coordinator before, in college at Miami (Ohio). But calling plays in the NFL was different, and Payton said he learned one thing above all else from that experience.

“‘You learn it’s fast,’ Payton, now the New Orleans Saints head coach, said at the NFL owners meetings last month. ‘There’s somewhere between 5 and 7 seconds per decision, and so you make 70 of them (a game), pretty soon you have a headache.

“‘But you learn it’s fast, you learn the mechanics with regards to the quarterback-helmet (communication system), and then quickly you begin to really appreciate Monday through Friday because that’s when — look, if you grind on that and put together a really clean plan, Sundays, I’m not going to say it can become easy, but it’s no different than preparing for an exam.'”

A lot of fans sit around and think that being a coordinator and calling plays in the NFL is a result of sitting in a booth and being brilliant. Payton’s quote highlights that its not. Its not any different than any job that you, I or Colin Powell would ever have. It’s the result of grinding through the week, preparing a game plan which in part consists of asking the question over and over again, “What do I do if this happens?”

Payton was fortunate. He was smart enough to learn from failure that preparation was what was needed and to have had the work ethic to do what was necessary. It’s a winning combination and I’ll bet that’s not news to anyone reading this. And yet we still watch what seem to be spur of the moment decisions all around us made like lightening and forget that they are the result of slow, methodical, put on your overalls work done well beforehand.

Dan Wiederer at the Chicago Tribune reviews the Bears situation at safety:

“Both general manager Ryan Pace and coach John Fox were ecstatic to land 10-year veteran Antrel Rolle during free agency, adding talent and stability to the defense’s back end. Rolle’s best days may be behind him, but he’s still a three-time Pro Bowl selection with sharp instincts, versatility and the leadership ability to rally those around him.”

“By most accounts, this year’s draft class is ultra-thin at safety with very few sure bets at the top. That’s why it was critical for the Bears to make progress in free agency and why Rolle’s arrival has put Fox more at ease. ‘He understands the game,’ Fox said. ‘He plays the game fast. He understands how to prepare for NFL football games. I think that is contagious.’ “

Wiederer concludes that the need at safety is “moderate”. I’m going to have to disagree.

Its now clear that Ryan Mundy belongs at strong safety despite some rumblings when he was signed that he could play some free. He’s turned out to be a reasonably sure tackler and run stopped close to the line of scrimmage and as long as he’s kept in that role, he’s fine.

But Antrel Rolle is a different situation. In watching video of last season, to my eye Rolle definitely left something to be desired in coverage at free safety for the Giants. I was far less “ecstatic” than Fox and Pace apparently are that the Bears are apparently counting on Rolle this year.  Frequently his instincts led him astray as he repeatedly took a step in the wrong direction and left himself out of position. And he’s definitely slowing down.

In fairness, Rolle played better late in the season than he did early. But I think there’s real cause for concern and the Bears need exhaust all avenues to look for more depth at the position sooner rather than laster. I know that the Bears are counting on Rolle to show some leadership with this team. But its awfully hard to do that if you can’t perform on the field yourself.