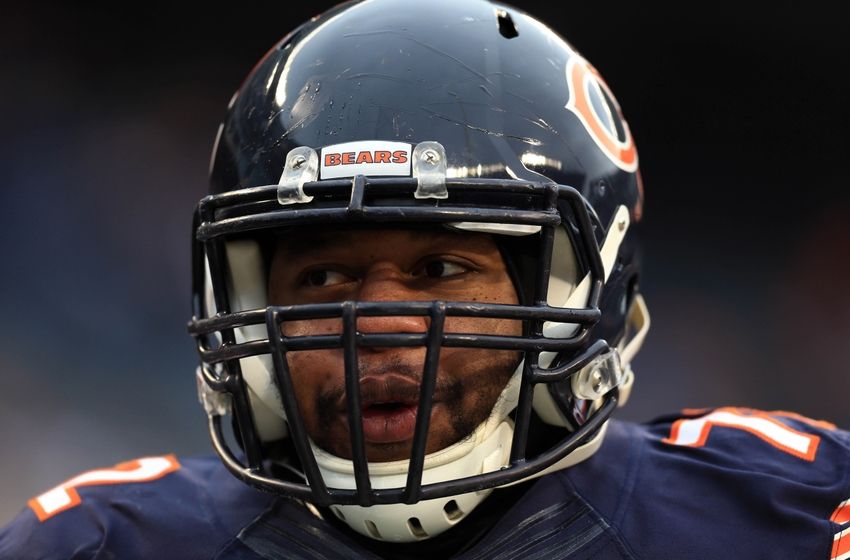 A day after a 26-0 wipe out of the Bears by the Seattle Seahawks, the fashionable thing is to bash the team for a conservative offensive effort and poor special teams play. So, of course, I’m not going to do that.

Instead, I’ll be taking a look at the bright side of this loss. Kind of.

The Bears waited until the first week of the season to move right guard Kyle Long to right tackle. He hasn’t played well there in three games but he’s getting better. He’s certainly athletic enough to play the position. Nevertheless, more and more, I’m questioning that move.

As pointed out multiple times in this space and in others, moving Long to tackle only moved the problem along the offensive line to a new spot. Enter Vlad Ducasse as the right guard. Ducasse has been miserable with multiple pre-snap penalties and mediocre play. You might say that it’s high time that Patrick Omameh got some snaps but I wouldn’t hold my breath that he’ll be much better. Recall that Omameh wasn’t good enough to make the Tampa Bay roster and the Buccaneers have a miserable offensive line.

If that were the only factor in this situation, I’d say that the Bears broke even on the move – or will eventually break even when Long develops and is up to snuff. But in moving Long to tackle, the Bears gave up on Charles Leno as a potential starter. Leno blew his short chance with the Bears at right tackle in the preseason, playing every bit as bad as Ducasse. But the second year player is still relatively young and he’s got the athletic gifts to play the position. You had to wonder whether the Bears pulled the plug on him a bit too quickly.

That thought came back forcibly yesterday in the fourth quarter when Leno entered the game at left tackle in place of an ailing Jermon Bushrod, who had sustained a concussion. Leno was a bright spot in the loss to the Seahawks, seeing some quality snaps and coming out looking good in admittedly limited action.

If the Bushrod concussion lingers, it’s likely that Leno will see extended playing time. If he continues to play as well as he did yesterday, it’s worth wondering whether moving Long to guard right before the season started was a panic move that’s not going to serve the team well in the end. That is further exacerbated by the thought that Tayo Fabuluje, though very raw, is also very talented with excellent feet for such an enormous man at 6’6″, 342 pounds. If he develops, suddenly the Bears have a glut at offensive tackle.

That’s a nice problem to have. But I’d rather have solid offensive line across the board with a good right guard. That’s not likely to happen with the roster currently configured the way that it is.