“The Bears piped in crowd noise at practice this week, something they have done in the past. Typically, teams only prepare for loud environments when they go on the road. But obviously the Bears feel the Soldier Field crowd doesn’t create ideal offensive working conditions.”

“Julius Peppers had an uneventful summer, save the plantar fasciitis from which he has been hobbled. Peppers had 101/2 sacks last year and it wasn’t enough because the Bears weren’t steeped in pass rush threats.

“They still aren’t. Israel Idonije is back. So are Corey Wootton, Henry Melton, Stephen Paea, Matt Toeaina and Amobi Okoye, who was re-signed as the Bears cut Bucs castoff Brian Price, the early-in-camp media darling. First-rounder Shea McClellin is what most of us thought he would be on draft night — a project.”

Skill position players are great. You need them and the Bears are definitely improved on offense with the addition of Brandon Marshall. But football is still played at the line of scrimmage.

Those who protested that the Bears needed to add playmakers for [quarterback Jay] Cutler cannot call into question the team’s inability to upgrade the offensive line simultaneously. It was one or the other, and the front office finally answered pleas Cutler had been making since shortly after he arrived.

That’s fair enough though I still maintain that the real problem was that there really wasn’t anyone to add that would have helped. They need a left tackle. Those don’t grow on trees and there was reasonable doubt about whether drafting Riley Reiff would have given you one.

“Since leaving the Bears a cone of silence has descended around former GM Jerry Angelo. As far as I know, Angelo hasn’t uttered a word about his dismissal and he’s given no interviews. Have I missed anything? Does anyone know what Angelo’s thoughts were? Or has he totally fallen off the radar? Bob J., Camarillo, Calif.

“I think it would be safe to assume Angelo has chosen to take the high road. What was it your mother told you to say if you had nothing good to say? You haven’t missed anything, Bob. By the way, with all due respect to Phil Emery, who I think has done an outstanding job, it’s interesting that either 20 or 21 of the 22 Bears starters on opening day will be Angelo acquisitions. That is a credit both to Angelo and Emery, who has been wise enough and secure enough to acknowledge the existing talent on the team. Not all new GMs are so open-minded. The only certain Emery acquisition to start will be Brandon Marshall. Evan Rodriguez also is a possibility.”

Its also worth noting that the one way to ensure that you never get a job as a GM again is to trash your former team. One one is going to hire you only to wait until its their turn when they have to let you go, too.

“Toub previously explained how Weems’ straightforward style can be more beneficial, but it’s hard to argue
with Hester’s elusiveness.”

Blanchard, the rookie quarterback from Lake Zurich High School and Division II Wisconsin-Whitewater, was cut before last week’s final preseason game. The Bears knew they wanted him on their practice squad but apparently didn’t want him to put anything on tape that might interest another team.

Potash goes on to say that the Bears almost lost him to the Dolphins as it was.

“Asked to compare Foster to Forte, Clutts told Houston reporters, “Just seeing Arian Foster on film and being around him these last couple of days, they are very similar because they can both do a lot, they both run hard.

“‘It didn’t reflect his statement about T.B.A., and it shocked me when I heard that,’ Okoye said. ‘He said the same thing to me during the exit meeting. I reminded him about how I never missed a practice due to my right knee since I’ve been in the NFL. So how is that a history?

“‘I feel like, don’t try to put stuff out there that can mess up my livelihood. I thank him for the opportunity to be a Buc. I just wish the things he said could have been rephrased.'”

“Chicago Bears: Exactly like everyone on the Da Bears sketch, but dumber and fatter.”

“‘I’m in a good place,’ [Maurice Jone-Drew] said. ‘I did something I felt was right, and I’m always going to feel right. I’m not going to feel wrong for what I did it at all. And that’s why I can come back and not have a negative attitude. I think if you regret things, you’re going to come back salty, be a distraction, things like that.

Jones-Drew went back on his word and let his teammates down by holding out of training camp. Thank heavens he’s not a Bear. 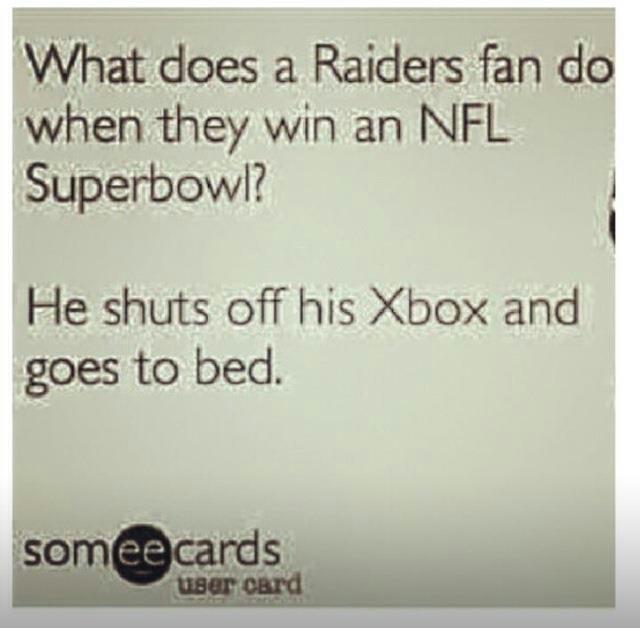 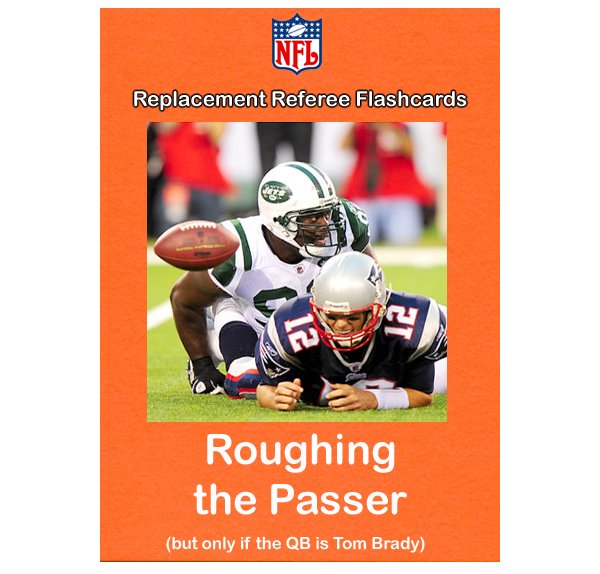 “’I didn’t go to school to learn too much, to be honest with you,’ Moore replied when asked which school was better for an education. ‘Once I got to school and got good, I was like, ‘Man, this is for the birds. It’s time to leave.””

“Asked if he was being overly honest about college athletics, Moore then said, ‘Well, I mean, I’m smarter than some of the kids that went to Florida State or those types of schools, now. Some kids get in school with a point-nothing (GPA). They didn’t even go to high school.'”