Patrick Finley at the Chicago Sun-Times quotes head coach Marc Trestman on the entrance of cornerback Kyle Fuller into the locker room:

“Fuller said he’s looking forward to meeting the team’s veterans in the coming weeks. He had heard from [Tim] Jennings but not [Charles] Tillman.

“’I think we have a very welcoming locker room,’ coach Marc Trestman said. ‘The guys in our locker room know that we won’t be the same team tomorrow…”

“’I’m sure the guys who have been in our locker room will be very welcoming to the guys and get them in a position and show them the way, show them how we do things here.’”

I’m not so sure how “welcoming” Tillman is going to be.  Everyone else might consider it to be a foregone conclusion that Fuller will eventually replace him on the roster but I doubt very much that he sees the Bears having locker room in 2015 without him.  Nickel back or not I’m sure he sees Fuller as the competition and he’s not going to fade into retirement without a fight. 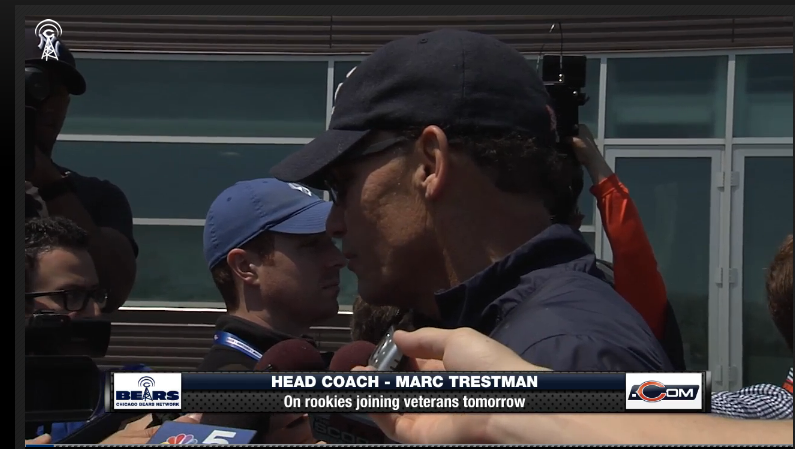