Brad Biggs at the Chicago Tribune on the play of quarterback Jay Cutler:

“I think the best thing about Jay Cutler’s game in this early part of the season has been his pocket presence. He hasn’t been rattled and plays haven’t fallen apart when he’s been pressured. In fact, he’s created extra time for receivers to come free from their man or find a soft spot in the zone on many occasions in pretty much every game. You saw it on multiple occasions here where he moved around in the pocket or stepped up in the pocket to make a connection.”

He’s right. Cutler is doing an excellent job of moving in the pocket, the sign of a mature quarterback who is in a groove. I’ve also noticed that Cutler is starting to throw the ball with just a bit of anticipation to receivers coming out of their breaks, something that’s absolutely necessary with the receiving corp that he’s dealing with.

As Biggs notes, Cutler’s statistics aren’t dazzling and there’s a reason for that, He’s been very inconsistent, pulling some wonderful throws out of his hat, then following them with head scratchingly inaccurate passes. Last Sunday provided a good example as Cutler dropped a wonderful 33 yard bomb to Marquess Wilson for a touchdown, then followed it with a pass at Matt Forte‘s feet on the two point conversion attempt.

Nevertheless, even Cutler’s harshest critics – and I consider myself to be one – would have to acknowledge it. Cutler is on a roll. 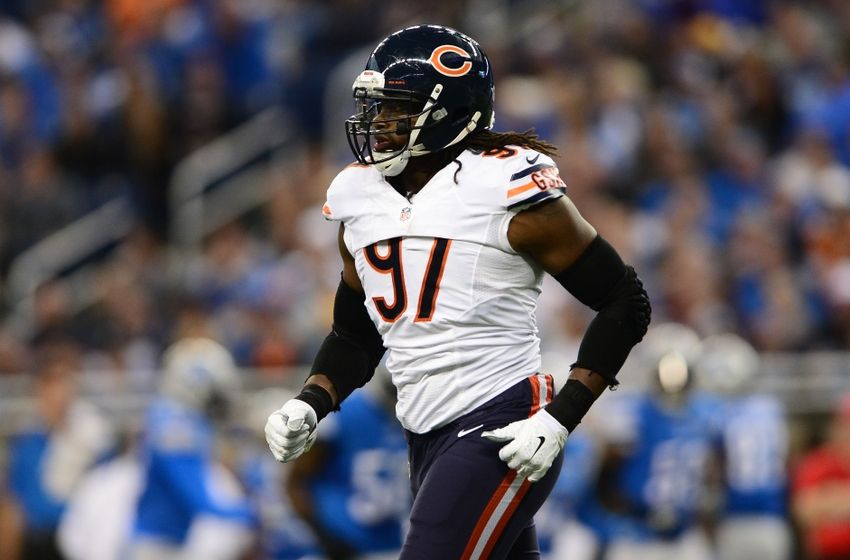 As Brad Biggs at the Chicago Tribune reviews the film from Sunday’s game, he notes the perfomance of “linebacker” Willie Young. Young “had a sack and another strong rush”. Young had 20 snaps on Sunday, playing mostly opposite Pernell McPhee and to my eye, after McPhee, he looked like the strongest pass rusher out there.

Young reportedly asked for a trade after Jared Allen was traded to Carolina. Allen was struggling in the system and Young obviously see himself in the same boat. The difference is that Young has been and is more effective as a pass rusher than the 33 year old Allen. Young is also fighting for playing time with Lamarr Houston (who also had a sack Sunday) and Sam Acho, who probably is the best all around linebacker of the three but who has the worst pass rush skills of the three.

I strongly suspect that the Bears are hesitant to give Young more playing time because of his weakness in pass coverage as a linebacker. But they need to find a way to do it, both to keep him happy and to keep pressure on the quarterback. Perhaps the solution is to play him strictly in nickel situations where the defense plays more of a 4-3 front. If they do that, they need to give him every snap they can.