Patrick Finley at the Chicago Sun-Times reports on the “rewording” of the definition of a catch at the league meetings in Arizona:

“The NFL Competition Committee has not changed the rule of what constitutes a catch, but tweaked the wording. Rather than “making a football move,” a receiver must “establish himself as a runner” in order to register a completed pass. If he is falling to the ground, the receiver must hang onto the ball.”

Finley makes it sound clean. But most reporters on the spot were still so confused about what a catch was going to be going forward that they said that they didn’t know what to write.

In any case, here’s what’s really happening. The league is trying to fix what was actually a total disaster after the fact. In a playoff game last year, Cowboys wide receiver Dez Bryant made a catch in the fourth quarter against the Packers that would have effectively won the contest. The ruling on the field was a catch, as Bryant had lost the ball when it hit the ground while extending the ball towards the goal line, what virtually everyone – including the referee on the field – considered to be a “football move”. The NFL Vice-President of Officiating, Dean Blandino (below), effectively overruled the referee from New York and declared it a non-catch. When asked about it after the game by FOX analyst Howie Long, Blandino said that extending the ball towards to goal line wasn’t “the type of football move that the rule covered”. The problem? There’s nothing in the the rule that actually said that. 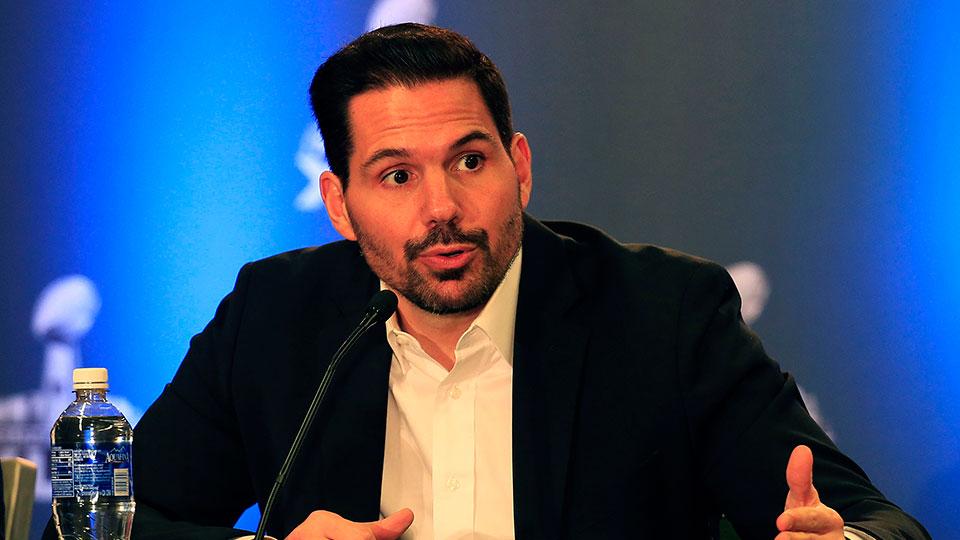 So now, after the fact, the league is trying to “clarify” the rule and cover up the fact that Blandino imposed his own bias and overruled the referee’s interpretation on the field, effectively declaring the winner of a playoff game.

Blandino is lucky. Had I been commissioner, “rewording” of the rule or not, I would have forced his resignation. As it is, the Cowboys simply have to live with the fact that the game was shamefully stolen from them.