Lance Briggs has slowed quite a bit and he’s been a disappointment as a team leader. But even I was surprised when almost 90% of the same people who blindly expressed their desire to keep local favorite Jordan Lynch on the team voted to let Briggs go after the season. 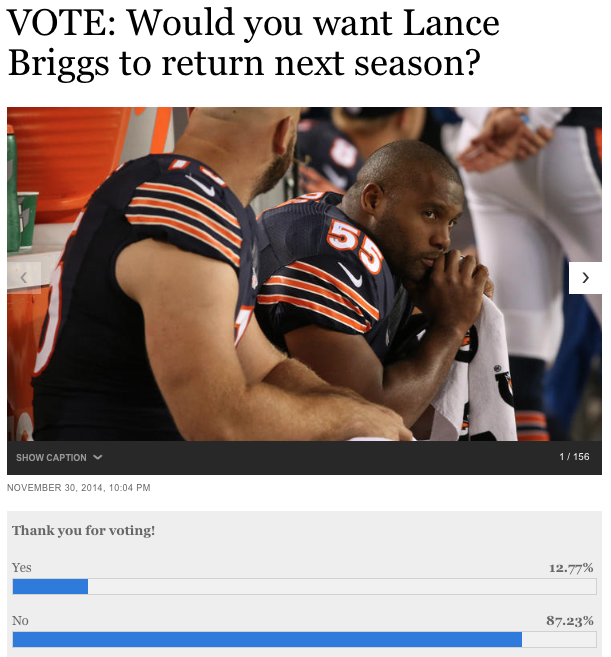 Rick Morrissey at the Chicago Sun-Times provided what I believe was a thoughtful perspective:

“I suspect we’ll appreciate Briggs more when he’s gone than we did while he was here. He and the city need a break from each other. Fans weren’t happy with his contract demands or with how much his play had slipped the past few seasons. But eventually the memory of a linebacker making play after play will win out. As it should.”